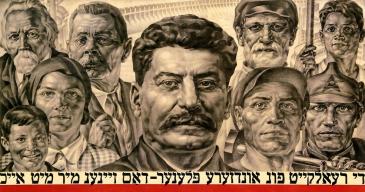 The lesson begins with a survey of the interwar Jewish experience with a look at the Soviet Union. We’ll start with the period of the revolution(s), and particularly the early experimentation with national minority rights. We’ll then look at Jewish religious and cultural life during the 1920s and 1930s, which was marked by an early efflorescence of sorts but was ultimately suppressed by the state. Finally, it will consider the economic transformation and social restructuring of Jews achieved by the new Soviet state