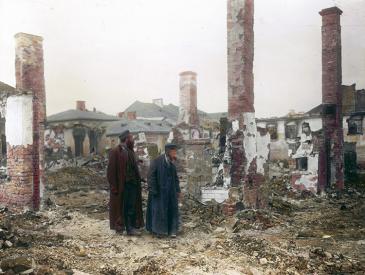 "First World War and its Aftermath"

The First World War is the great divide in European history, separating the “long nineteenth century” – the age of Liberalism and positivism – from the “short twentieth century” – the age of mass society, radical politics, and mass violence. Today we will discuss the war itself. For the Jews, it was an unprecedented calamity, particularly in Eastern Europe, where massive armies moved back and forth over the largest population of Jews in the world. The lesson begins with Galicia and then discusses the experiment in Jewish autonomy in Eastern Ukraine, Jews of Congress Poland (under German rule for most of the war), and finally the Russian experience. It’s a narrative of violence above all, and a period that will leave totally different regimes its wake for the survivors.